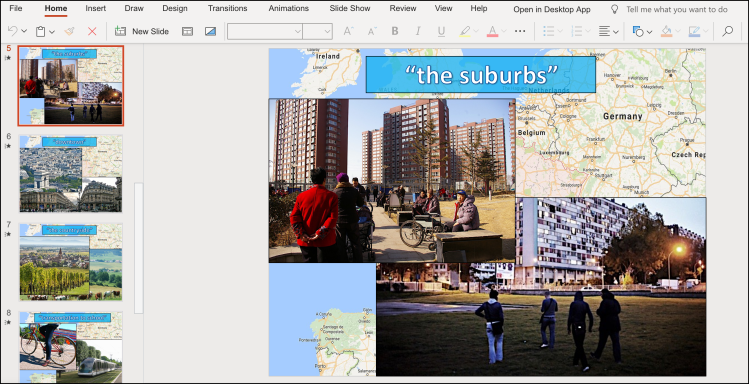 This is a cultural activity and PowerPoint I created. The slides are in English, but the activity can be conducted in French with intermediate students.

This activity teaches a valuable lesson: knowing the translation of a word does not mean understanding a concept, or what that word might mean for someone from a different culture.

This activity can be very communicative; it is especially rich when students from diverse backgrounds and cultures interact.

The idea for this activity came to me to convey how dissimilar the French concept of “la banlieue” is to the often-used translation “the suburbs”. While this translation makes sense geographically, it doesn’t account for socio-cultural differences.

To translate “la banlieue” culturally, I recommend using the American concept of “the projects”. For “the suburbs,” a useful simile is the French concept of “les quartiers pavillonnaires”.

Another useful term worth introducing to understand “la banlieue” is “les HLM” (“habitatations à loyer modéré”), which is similar to public housing in the US.